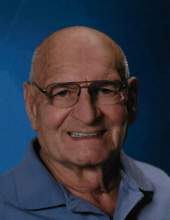 Visitation will be held from 12 noon to 2 P.M., Tuesday at the Cataldo Funeral Chapel.

Ralph William Rozevink, the son of Jake and Alberta (Elphic) Rozevink, was born July 22, 1931 in Hampton. He attended Hampton High School and worked on farms in the area. In 1953, he married Ruth Crabb and to this union four children were born, Ralph Ray, Ranae, Sandy and Rod. Ralph owned and operated his own electrical contracting business, Rozevink Electric, in Latimer and Hubbard; was a member of the Hubbard Fire Department; an EMT-A and founding member of the Hubbard Ambulance Service and owned and operated R and R Manufacturing, an aluminum manufacturing business in Eldora, until his retirement in 1993. On September 17, 1988 he married Betty Gettle in Denver, CO. They lived in several cities in Iowa and California before moving back to Iowa in 2003. In 2013 they moved from Waterloo to Garner to be closer to family. Ralph enjoyed fishing, gardening, doing yard work, woodworking, traveling, volunteering his time at Covenant Medical Center in Waterloo and being a volunteer member of the Hemet bike patrol.

He was preceded in death by his parents; a granddaughter; and two sisters, Dorothy Pfaltzgraff and Shirley McClemons.
To send flowers to the family in memory of Ralph W. Rozevink, please visit our flower store.