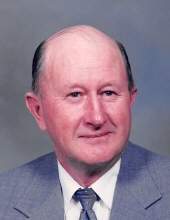 Funeral services will be held 10:30 A.M., Wednesday, November 30th at the United Methodist Church in Garner with Rev. Paul Evans officiating. Burial will be in Concord Township Cemetery.

Visitation will be held one hour prior to services at the church. Cataldo Funeral Home of Garner is in charge of arrangements.

Raymond Victor Schoenwetter, the son of Victor and Lydia (Schuldt) Schoenwetter, was born September 2, 1926 in Liberty Township, Hancock County. Ray attended Liberty No. 8 country school and graduated from Klemme High School in 1944. After high school, he began farming with his father on the family farm west of Klemme growing corn and soybeans and feeding cattle, hogs, chickens and other fowl. On November 16, 1969, he married Ivadell Blumer at the Garner United Methodist Church. They lived on the home farm where they resided until moving into Garner in 2011. Ray enjoyed gardening, flowers, watching sports and traveling. He had a childhood passion for woodworking which he continued throughout his life making many things for the church, house and friends.

He was preceded in death by his parents; a sister, Irene Schoenwetter; and a brother, Milvern Schoenwetter.
To order memorial trees or send flowers to the family in memory of Raymond V. Schoenwetter, please visit our flower store.