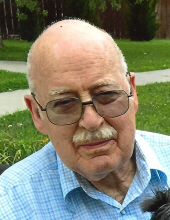 Paul was born to his parents, Rev. Elton and Lola Miller in Dumont, IA, the ninth of ten children. After his graduation from Sumner High School in Sumner, IA, Westmar College, LeMars, IA, and United Theological Seminary, Dayton, OH, he became the pastor in Sheffield, IA, at the EUB Church. He then enlisted in the United States Army as a Chaplain. He was a devoted Chaplain and served alongside the soldiers. He served in South Korea, Viet Nam, Germany, Panama, and various locations in the US. He was assigned to the prestigious Armed Forces Command College. He was a member of the First United Methodist Church where he taught the 50/50 Sunday School Class, Masonic Lodge, Eastern Star, High Twelve, and Midian Shrine.

Paul never met a stranger and was quick to bring others into his fold. He enjoyed spending time and doting on his nephews and nieces. Paul was an encouraging, positive, and spiritual man, who will be dearly missed by all those who knew him.

He was preceded in death by his parents and siblings: Leland Miller, Richard Miller, Ruth Knop, Beverly Kile, and Elton Miller, Jr; two nephews, a niece, and his three cherished dogs.
To order memorial trees or send flowers to the family in memory of Rev. Lt. Col. Paul L. Miller, please visit our flower store.
Send a Sympathy Card