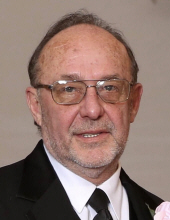 A drive-thru visitation will be held from 3:30 to 5:00 P.M., Thursday, April 23rd in the east parking lot of the Garner-Hayfield-Ventura High School. After the visitation, there will be a procession to Concord Township Cemetery led by the Garner Fire Department. A private family graveside service will follow and be live-streamed on the Cataldo Funeral Home Facebook page. Rev. Scott Kozisek of St. Paul Lutheran Church will be officiating.

In lieu of flowers memorials may be directed to the Garner Fire Department or St. Paul Lutheran Church.

Richard “Dick” Alberts Voortmann, the son of Jerry and Martha (Onken) Voortmann, was born October 2, 1948 in Buffalo Center. He attended and graduated from Buffalo Center High School in 1966. After high school, he attended Southwestern Technical School in Jackson, Minnesota. He married Sarah Kroeze in 1967 and to this union two sons were born, Mike and Jamie. They lived in Clear Lake where Dick was employed at Jerry’s Body Shop. The marriage later ended in divorce. On December 9, 1972 he married Carlene Bartleson at Zion Lutheran Church in Clear Lake. They had two children, Jeramy and Kim. In 1975, they moved to Garner and Dick opened his own business, Dick’s Auto Body. He operated the body shop until October of 2011 when he sold the business to Bob Miller. Dick worked for Bob for a few years until his retirement. He enjoyed his family, restoring old cars and tractors, hunting, fishing and annual motorcycle trips to Sturgis, SD. He was an avid NASCAR fan, especially of his favorite driver, the late Dale Earnhardt.

He believed in giving back to his community and was a member of the Garner Fire Department for 25 years and served on the Garner City Council for 16 years. He was also a member of St. Paul Lutheran Church.

Dick always had a story or joke to tell and loved going to Mat’s with his coffee group. He loved his grandkids and attended as many activities as he could. Dick and Carlene took many motorcycle trips across the country including Nova Scotia, Grand Canyon, Las Vegas, Lake Louise, Glacier National Park, Blue Ridge Mountains, Pidgeon Forge, and many places in between. A highlight was also flying to Alaska and traveling there in a motorhome. Summer vacations included family fishing trips to Minnesota or Canada with a great group of friends. He loved growing vegetables in his garden and overseeing the annual Labor Day weekend production of his Papa Voortmann’s salsa – and making sure it was the right consistency flowing off the spoon at 1.5 mph. He was very proud that his great-nephew, Dylan, has taken over the family farm in Buffalo Center and loved his trips there to “supervise” planting and harvest.

He was preceded in death by his parents; brothers, Arnold and Clarence Voortmann; and nephew, Doug Voortmann.
To order memorial trees or send flowers to the family in memory of Richard "Dick" A. Voortmann, please visit our flower store.
Send a Sympathy Card