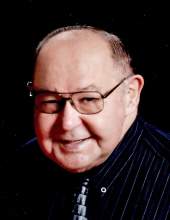 Funeral services will be held 10:30 A.M., Thursday, August 1, 2019 at St. Boniface Catholic Church in Garner with Rev. Fr. Jim Dubert officiating. Burial will be in the church cemetery.

Visitation will be held from 5 to 7 P.M., Wednesday at St. Boniface Catholic Church in Garner with a Scriptural wake service at 4:30 P.M. followed by a Knights of Columbus rosary.

Robert “Bob” Leonard Kral, the son of Joseph and Abbie (Jakoubek) Kral, was born March 2, 1939 in Mason City. He was baptized and received first communion at St. Wenceslaus Catholic Church in Duncan. Bob attended Garfield Township No. 6 country school until the sixth grade and graduated from Garner High School in 1956. On October 12, 1964 he married Marilyn Dominy at St. Francis Xavier Catholic Church in Belmond. They lived all of their married life in Garner where they raised their four children. Bob was employed as an assistant to the Hancock County Engineer for 47 years, retiring in 2003. He enjoyed spending time with his family, old time Polka music, photography, his pets and was very proud of his Czech heritage. He finished his lifetime dream of driving the Alaskan Highway and touring Rome.

He was a member of St. Boniface Catholic Church where he served as an usher for many years and belonged to the Men’s Society. Bob was also a 4th Degree Knight of Columbus. He served his community as a Fireman for 27 years and was a Boys Scout Assistant Leader for Troop No. 19.

He was preceded in death by his parents; and an infant sister, Evelyn.
To send flowers to the family in memory of Robert "Bob" L. Kral, please visit our flower store.