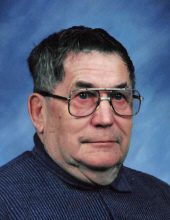 Visitation will be held one hour prior to services at the church. Memorials may be given in memory of Bob to Gateway Hospice or Cardinal Grove Assisted Living. Masks are required and social distancing guidelines will be followed.

Robert Rudolph Young, the son of Rudolph and Mary (Simper) Young, was born July 3, 1927 in Mason City. He grew up on a farm west of Garner and attended country school until the eighth grade. Bob worked on the farm until 1949 when he began working at the Farmer’s Coop in Garner. On November 11, 1949 he married Mildred L. Keith at St. Boniface Catholic Church in Garner. Bob served his country in the U.S. Marines during the Korean War. Following his honorable discharge in December of 1953 he returned home to Garner and continued working for the Milwaukee Railroad – Soo Line until his retirement in 1988 culminating 38 years of service.

He was a member of St. Boniface Catholic Church and lifetime member of the Garner VFW.