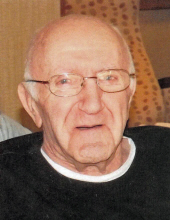 A memorial service will be held 4:00 P.M., Monday, August 10, 2020 at Cataldo Funeral Chapel, 160 E. 4th St., Garner with Rev. Michael Shafer officiating. Inurnment will be at Concord Township Cemetery in Garner with military rites by the Garner Veterans Ceremonial Unit. Those in attendance are asked to wear masks and observe social distancing guidelines. The service will be livestreamed on the Cataldo Funeral Home Facebook page.

Visitation will be held one hour prior to services at the funeral home on Monday.

Robert Vernon Schisel, the son of John and Gayla (Walkner) Schisel, was born April 25, 1940 in Iowa City, Iowa. He attended school at Garner where he graduated from high school in 1958. Following high school, Bob worked in construction for Arv Stille. Bob served his country in the U.S. Army from June of 1963 to February of 1964. Upon his honorable discharge he returned to Garner and was employed at IMT until his retirement. Bob enjoyed being around his family, especially his grandchildren.

He was preceded in death by his parents; brothers, Jack, Elling and Larry Schisel; sister, Mavis Peterson; and brother-in-law, John Peterson.
To order memorial trees or send flowers to the family in memory of Robert "Bob" V. Schisel, please visit our flower store.
Send a Sympathy Card