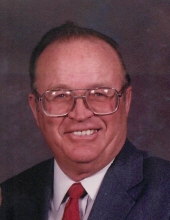 In lieu of flowers, memorials may be directed to the Robert Langfald memorial fund in care of the family.

Robert O’dean Langfald was born December 23, 1930 in rural Lake Mills, Iowa the son of Ole and Inez (Wagner) Langfald. He was baptized and confirmed in the Lutheran faith. He attended elementary country school in rural Lake Mills and graduated from Lake Mills High School in 1948.

Robert was united in marriage to JoAnn (Olson) Langfald on May 5, 1951 at Center Lutheran Church, rural Lake Mills. He was a Winnebago County Supervisor for 16 years and Jacques seed corn dealer for numerous years. Robert and his family were dedicated to the Toys for the Needy Project for over 40 years. After farming in rural Forest City over 50 years, the couple moved to Mason City in 2004. Robert was a member of Zion Lutheran Church in Clear Lake, IA. He entered the Lake Mills Care Center in 2019 where he resided until his passing.

He was preceded in death by his wife JoAnn of 68 years, parents, Ole and Inez Langfald, grandson, Christopher Langfald, two sisters, Donna Anderson and Betty Hietland.

The family of Robert would like to thank Lake Mills Care Center and Hospice for the wonderful care he received.
To order memorial trees or send flowers to the family in memory of Robert O'dean Langfald, please visit our flower store.
Send a Sympathy Card