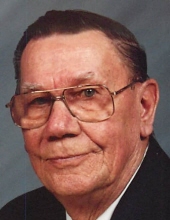 Roger Henry Hill, 83, of rural Leland was called to his heavenly home with the Lord on Sunday, July 16, 2017 at the Hospice of North Iowa, Muse Norris Inpatient Unit in Mason City, with loving family at his side.

A Celebration of Life service with family and friends will be held on Sunday, August 27, 2017 at 3:00 p.m. at the Cataldo Schott Funeral Chapel, 505 North Clark St., Forest City, Iowa with Rev. Wayne Halverson of the Forest Lutheran church officiating. Private family committal of cremains will be held at West Prairie Lutheran Church Cemetery, rural Leland at a later time.

Roger farmed for 64 years in rural Leland (proud to own the family Century Farm), worked at RTA Harrison Telephone Company, Leland Manufacturing and Winnebago Industries. He also served on boards at his church, the Winnebago County drainage district and the Winnebago County Planning and Zoning Commission, AAL Lamplighter, Ambassador at Mercy Hospital, and various other volunteer jobs.

He will be dearly missed by all those who knew and loved him
To order memorial trees or send flowers to the family in memory of Roger H. Hill, please visit our flower store.
Send a Sympathy Card