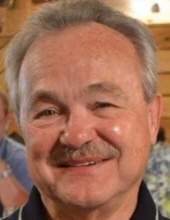 Roger Jay Henn, 73, of Glenwood, Arkansas, formerly of Forest City, died Saturday, August 10, 2019 at his son’s home in Buffalo Center after a short battle with cancer.

In lieu of flowers, memorials may be directed to the Roger Henn memorial fund in care of the family.

Roger Jay Henn was born September 16, 1945 in Hampton, Iowa, the son of Harley and Francis (Trees) Henn. He attended and graduated from Belmond High School in 1963, he then attended Drake University attaining his Bachelor’s Degree in Psychology.

Roger worked at Winnebago Industries for 23 years until his retirement. He enjoyed golfing so much he moved to Arkansas for his retirement so he could fulfill his dream of golfing year round.

He enjoyed golfing, fishing, watching the Denver Broncos and spending time with his family and friends, he will be dearly missed by all who knew and loved him.

He is survived by his children, Devan Duke and husband, Todd of Lebanon, Oregon, Brad Henn (Heather Bell) of Buffalo Center, IA and Tyler Henn and wife April of Buffalo Center, Iowa and Damaion Henn of Forest City; twelve grandchildren; siblings, Lynn Henn and wife, Cindy of Freeland, Washington and Velioce Pomernackas and husband, Chuck of Council Bluffs, Iowa and many nieces and nephews.

He was preceded in death by his parents and son, Chad Henn.
To send flowers to the family in memory of Roger Jay Henn, please visit our flower store.