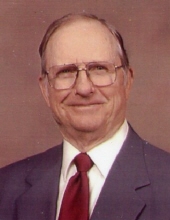 Rolfe J. Holtan, 84, of rural Forest City, died Tuesday, October 7, 2014 at the Good Samaritan Center. A Funeral Service will be held Saturday, October 11, 2014 at 10:00 A.M. at the Winnebago Lutheran Church, rural Lake Mills with Rev. Bill Peters officiating.
A visitation will be held 4-7 PM Friday (October 10, 2014) at the Cataldo Schott Funeral Chapel, 505 North Clark St. Forest City, IA. Interment will be held in Oaklnad Cemetery in Forest City with graveside Military Honors performed by the Leland V.F.W. Post #6161 and American Legion Post 121.
In lieu of flowers, memorials may be directed to the Rolfe J. Holtan memorial fund in care of the family.

Rolfe Holtan was born in 1929 to Elmer and Sadie (Suby) Holtan. He was the third of four children and born on a farm in Hanlontown. After the death of his grandfather, his parents purchased the family farm in Mt. Valley Township. He attended school at the Mt Valley Country School, and graduated from Forest City High School. Rolfe attended Waldorf College in Forest City where he met his future wife, Maretta Ness. He was called into the service where he served with the Army at Korea, then later returned home to marry the love of his life, Maretta Ness on November 15, 1953. They resided in the Belmond area where he farmed, and later moved to Thompson where he farmed and served on the County Committee and Soil Conservation Board. Rolfe and Maretta purchased the family farm in Mt. Valley Township when his dad retired; they lived and farmed there, later receiving a century farm recognition.

Rolfe retired from farming in 2000 and moved into town (Forest City). He enjoy helping his son on the farm from time to time, and spent much time with his friends at the Senior Citizens Center playing cards, shooting pool, puzzles, and delivering meals to the home-bound; he later became President of the Center. Rolfe and Maretta were members of the Come-Along Club, and long-time members of the Winnebago Lutheran Church in Lake Mills. One of his favorite past-times was music; he played a variety of instruments not limited to but including the piano, harp, ukulele, and harmonica. He cherished the time spent singing with family and had a lot of fun singing with the Barber Shop Quartet. Rolfe was a history buff, and frequently enjoyed helping his brother and sister-in-law, Stanford & Ruth Holtan, with the many projects of Heritage Park.