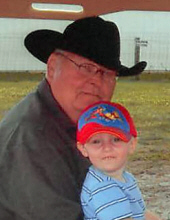 A Celebration of Life will be held from 4 to 6 P.M., Monday, June 4th at the Garner VFW, 315 Center Avenue, in Garner. Casual attire is encouraged by the family.

Ronald De Wayne Brass, the son of William and Lillian (Krosch) Brass, was born November 13, 1946 at Buffalo Center. He attended school at Buffalo Center, Lakota and Garner-Hayfield High School where he graduated from in 1964. Following high school, Ron attended a barber school in Waterloo. He had a career in barbering for a few years before beginning a lifelong career in over-the-road trucking. On June 2, 1972, he married Martha Friedow in Kanawha. They lived in Garner where they raised their daughter, Olivia. After Martha passed away in 1981, he continued to live in Garner. Ron retired from trucking in 2015. He enjoyed fishing with his grandson, Nathan, story telling and the Britt Draft Horse Show.

Ron is survived by his daughter, Olivia (Zach) Doden and their son, Nathan, of Buffalo Center; two sisters, Carolyn (Kenneth) Gremmer of Britt and Darla (Larry) Leonard of Rutledge, TN; a brother, Vernon Brass of Garner; a step-son, Jeremy Abele of Klemme; and several nieces and nephews.

He was preceded in death by his parents; first wife, Martha; and second wife, Eva Brass.
To order memorial trees or send flowers to the family in memory of Ronald D. Brass, please visit our flower store.
Send a Sympathy Card