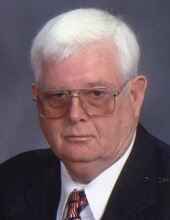 Interment will be in First Baptist/Oakland Cemetery in Forest City.

In lieu of flowers, memorial contributions may be directed to the family.

Ronald James Purchase was born July 14, 1938 in Omaha, Nebraska, the son of Samuel and Bernice M. (Shew) Purchase. He was one of eight children. He attended school in Omaha, Nebraska and joined the Navy in 1955. He was married to Carolyn Thompson on July 14, 1955 in Council Bluffs, Iowa to this union, five children were born, Carol, Dale, Tim, Cindy and Tracy.

Ronald enlisted in the U.S. Navy on July 15, 1955 he retired after 20 years of service in 1974 as a Machinist Mate 1st Class. While in the military he and his family lived in Norfolk, VA and Crystal Lake, IL. In 1992 Ron and Carolyn moved to Forest City, where he started R.J. the Handyman business.

Ronald enjoyed woodworking, fishing, mowing the yard and watching western movies. Family was very important to him and he enjoyed keeping up with all of his grandchildren’s activities and lives. Ronald was very proud of being a veteran and always proudly showed his love towards his country.

He was member of the Leland V.F.W. Post #6161 and a member of the First Baptist Church in Forest City. He enjoyed being active with the youth in the church and served on various boards and groups through the years. Ronald will be dearly missed by all who knew and loved him.

Ronald was preceded in death by his parents, brothers, Robert, Paul, Jack and Dick Purchase and sister, Virginia Parham.
To order memorial trees or send flowers to the family in memory of Ronald James Purchase, please visit our flower store.
Send a Sympathy Card