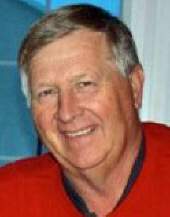 Funeral services will be held 10 A.M., Tuesday, July 22nd at the Britt Christian Reformed Church with Rev. Joel De Boer officiating. Burial will be in Evergreen Cemetery with military rites by the Britt Veterans Ceremonial Unit.

Visitation will be held from 5 to 8 P.M., Monday at the Britt Christian Reformed Church and will continue one hour prior to services at the church. Cataldo Funeral Home in Britt is in charge of arrangements.

Ronald Lee Eisenman, the son of Donald and Lola (Lee) Eisenman, was born July 2, 1952, in Mason City. He graduated from Britt High School in 1970 and continued his education at Iowa State University in Ames. Ron then returned to Britt where he farmed and worked at A & D Manufacturing. On August 3, 1973, he married Peggy Seebeck at the Kanawha Christian Reformed Church. To this union three sons were born. The couple lived on a farm east of Britt until 1982 when they moved into town. Ron continued farming and also worked as manager at National Purity from 1999 to 2009. He enjoyed his family, fishing, farming, and sports. Ron will be dearly missed by all those who knew and loved him.

He was preceded in death by his parents Donald and Lola (Lee) Eisenman; father-in-law Clarence Seebeck; and his maternal and paternal grandparents.

To send flowers to the family in memory of Ronald L. Eisenman, please visit our flower store.