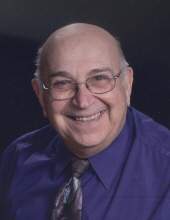 Funeral services will be held 10:30 A.M., Tuesday, November 21st at St. Boniface Catholic Church in Garner with Msgr. John W. Hemann officiating. Burial will be in the church cemetery with military rites by the Garner Veterans Ceremonial Unit.

Visitation will be held from 5 to 7 P.M., Monday at St. Boniface Catholic Church with a Scriptural wake service at 4 P.M. followed by a rosary. Visitation will resume one hour prior to services at the church.

Ronald Michael Kumsher, the son of Michael and Agnes (Ptacek) Kumsher, was born July 3, 1942 in Forest City. He graduated from Britt High School in 1960. Ron continued his education at Universal Trade School in Omaha, Nebraska. He enlisted in the U.S. Army Reserves in March of 1964 and was honorably discharged in March of 1970. On October 17, 1964 he married Carolyn Schmidt at St. Boniface Catholic Church in Garner. They lived on several acreages in the Britt and Duncan area before moving to Carolyn’s parent’s farm west of Garner in 1973. Ron worked as a mechanic in various businesses in Britt and Garner, farmed for 32 years, was a Scorpion/Artic Cat snowmobile dealer for 13 years and a Golden Harvest Seed Corn dealer since 1983. He enjoyed hunting and fishing trips to Canada.

He was a member of St. Boniface Catholic Church and had served on the former Garner Farmer’s Co-op Society board.

He was preceded in death by his parents; and wife, Carolyn, Feb. 8, 2017.
To order memorial trees or send flowers to the family in memory of Ronald M. Kumsher, please visit our flower store.