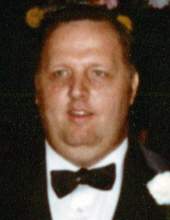 Graveside services will be held 2:00 P.M. Wednesday, November 12, 2014 in Rose Hill Cemetery in Thompson, Iowa. Upon his wishes he was cremated and there will be no formal visitation.

The family requests that in lieu of flowers memorials may be directed Ron Robinson memorial fund.

Ronald Robinson was born October 2, 1942 in Forest City, Iowa. He graduated from Rake High School in 1960. He also attended Hamilton Business College in Mason City where he attained his business degree.

Ronald is survived by his sister, Barb Hinders and husband Chris of Woden, Iowa and their family.

He was preceded in death by his parents and wife, Elizabeth Robinson in 2003.
To send flowers to the family in memory of Ronald Robinson, please visit our flower store.