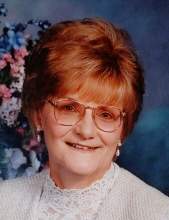 A memorial service will be held 10:30 A.M., Friday, October 9, 2020 at St. Boniface Catholic Church in Garner with Rev. Joseph Slevcik officiating. Inurnment will be at St. John’s Catholic Cemetery in Duncan.

Visitation will be held from 5 to 7 P.M., Thursday at Cataldo Funeral Chapel, 160 E. 4th St., Garner with a Scriptural wake service at 7 P.M. The family requests that masks be worn and social distancing guidelines be followed at the visitation and service.

Rose Mary Zrostlik, the daughter of Joe and Marie (Malek) Zrostlik, was born August 1, 1942 at Britt. She attended Britt area schools and graduated from Britt High School with the Class of 1960. Upon graduation she attended CE School of Commerce in Omaha, Nebraska graduating in 1962. She continued living in Omaha for the next 43 years during which time she became a Big Red Husker fan. Rose Mary worked for Precision Bearing Company for 27 years. After deciding to leave the company she worked for temporary agencies for several years. Rose Mary worked for Catholic Charities for the next 12 years and at the same time worked part-time at Omaha Steaks. While in Omaha, she made many long-lasting friendships and belonged to the Red Hat Society Chapter – Scarlet Chapeaux. She retired in April of 2005 and moved to Garner and in 2006 to Mason City. She then decided retirement wasn’t for her, so she reentered the work force in 2006 and worked as a cashier at Walmart in Mason City for 5 years.

Her entire life centered around her family and friends. Some favorite past-times included collection of Precious Moments figurines as well as a Gingerbread collection. She was a big Elvis fan collector having seen his concerts three different times. Rose also loved listening to country music and attended concerts in various parts of the country. She enjoyed trips to Las Vegas, Florida, California, Nashville, Memphis, Branson, Denver and San Antonio with family members – some of these were Sisters Trips. Trips to Nebraska were to visit family and friends to watch great nieces/nephews special events.

Rose Mary was a member of St. Peter’s Catholic Church and was a 50-year member of the Catholic Workman FCSLA w51.