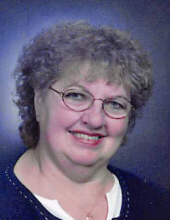 Funeral services will be held 10:30 A.M., Saturday, September 2nd at the United Methodist Church in Garner with Rev. Paul Evans officiating. Burial will be in Concord Township Cemetery.

Visitation will be held from 4 to 7 P.M., Friday at the United Methodist Church in Garner and will resume one hour prior to services at the church.

In lieu of flowers, memorials may be directed to Hospice of North Iowa.

Sandra May Korsa, the daughter of Ethan and Ella (Smith) Curley, was born May 10, 1945 in Thompson, Iowa. She graduated from Thompson High School in 1962. On September 11, 1964, she was married to Bernard Korsa in Thompson. They farmed south of Crystal Lake until 1970 and south of Garner until 1973. In 1983, they moved into Garner. Besides raising her family, Sandy also operated a day care in her home and worked at Casey’s General Store in Garner making donuts. Her greatest joy was spending time with her grandchildren. She enjoyed baking, working on puzzles, playing cards, sewing and going to casinos.

She was a member of the United Methodist Church in Garner.

She was preceded in death by her parents; a granddaughter, Elizabeth Olhava; a sister, Janet Paulson; five step-brothers; and a brother-in-law, Sid Wubben.
To order memorial trees or send flowers to the family in memory of Sandra "Sandy" Korsa, please visit our flower store.
Send a Sympathy Card