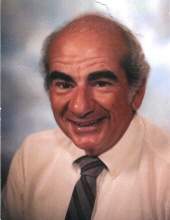 Santé L Monty passed away peacefully at his home in Snoqualmie, WA on Thursday March 23, 2017 at the age of 83.

Santé was born on June 21, 1933 in Chicago Heights, IL to a closely knit Italian family. The family ties were very important to Santé throughout his life. Sante’s legacy in the Chicago Heights area would be the family owned Monty Motorcycle Shop. A true Indian Motorcycle advocate. He graduated from Bloom Township High School. Santé then went on to serve with the U.S. Air Force during the Korean conflict. His training was in radar systems applied to radar surveillance. He moved to Southern CA in 1961 after graduating from the University of Illinois, Champaign/Urbana, with a Bachelor of Science in Electrical Engineering in February, 1961. He then went on to have a successful career as an electrical engineer in the aerospace industry working on the Apollo program, the Man Moon Lander and Space Shuttle Aerospace program.

Santé was a member of the Rockwell Ski Club. He mastered the slopes with a smooth style. He enjoyed many ski trips to Mammoth Mt ski area in the high Sierras of California. Santé met Donna on one of these trips. European ski trips were also part of his agenda. Summertime would find Santé and his friends boating on Lake Mohave, Arizona and special trips to Lake Powell, Utah. He and Donna also enjoyed the many trips they took together to Italy and Norway.
Santé was a genuine kind, giving, and caring man to all who had the privilege of knowing him. He and his co-workers discussed and “cussed” the many issues of the world during their daily workouts at the recreation center, which continued on into retirement years.

A graveside memorial service will be held at 11:00 A.M. on June 23, 2017, at Beaver Creek Lutheran Cemetery, Joice, IA. Following the service there will be a gathering for friends and family in Forest City. Contact Cataldo-Schott Funeral Home in Forest City, IA: 641-585-2685 for location of the cemetery.

A closing quote from Santé; “If you think something is easy or simple, you haven’t spent enough time trying to figure it out.”
To send flowers to the family in memory of Sante L. Monty, please visit our flower store.