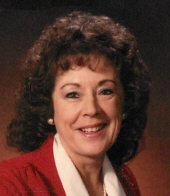 Visitation will be held from 5 to 7 P.M., Monday at the Cataldo Funeral Chapel, 160 E. 4th St., in Garner and will continue one hour prior to services at the church.

Sharon Louise Yohn Van Oort Larson, the daughter of Ronald and Lucille (Ziesmer) Yohn, was born January 21, 1936 in Garner. She was baptized and confirmed at St. Paul Lutheran Church. Sharon graduated from Garner High School in 1954. She lived in Garner where she raised her children and sold Avon products. Sharon also worked at home doing accounting work for Van Oort Construction Company. She later was a life insurance agent for AAL before pursuing a career in real estate until her retirement. She had lived in Garner, Crystal Lake and Phoenix, AZ before moving in 2011 to Ankeny to be near her family due to her decline in health. She enjoyed spending time with her children, grandchildren and also caring for her cats and dogs. Some of the most precious moments after her children were grown, was having her grandchildren come spend time with her on the farm so she could teach them to appreciate mother nature and experience the "simple things in life!"

Sharon spent numerous hours over her lifetime studying the Bible. She lived and shared her faith daily and was most evident in her unconditional love for her loved ones and also in her unsurpassable patience shown towards all.

She was a member of Calvary Lutheran Church in Crystal Lake prior to moving to Ankeny and belonged to the Iowa Realtors Association. While living in Ankeny, she attended St. Paul Lutheran Church.

Sharon is survived by her children, Randy Van Oort of Des Moines, Casey Van Oort of Houston, TX, Shelley Wangsness and her husband, Jeff, of Ankeny, Mark Van Oort and his wife, Ruth, of Indianola; a daughter-in-law, Marsha Van Oort of Des Moines; fifteen grandchildren; several great-grandchildren; a sister, Carole Lonning and her husband, Dr. Phil Lonning, of Humboldt; a brother, Bill Yohn and his wife, Rosemary, of Clear Lake; several nieces, nephews, cousins and many others whose lives she touched by her love, care and daily prayers.

She was preceded in death by her parents, her first husband, Cornie Van Oort, April 17, 1990; her son, Jerry Van Oort, May 26, 2003; and her grandson, Colin Piper, February, 2013.
To order memorial trees or send flowers to the family in memory of Sharon L. Yohn Van Oort Larson, please visit our flower store.
Send a Sympathy Card