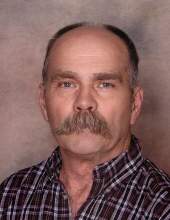 Stephen Eugene Rochleau was born February 13, 1953 in Algona, Iowa the son of Clarerance Eugene and Gloria Ruth (Crawford) Rochleau. He attended Titonka Public Schools until the 4th grade then graduated from Algona High School. When in high school he belonged to 4-H and FFA.

Steve was married to Deborah Raye Pecoy on July 8, 1972 in Algona. They lived in the Algona area until living in the Forest City/Leland area for the last 41 years. He bought Eddy’s Glass and Door and ran it successfully until he became ill and his son Chad, took over operations.

Steve had a passion for horses, they raised and showed horses from 1985-2004 taking them to many places. Steve loved the time he spent with his family and will be dearly missed by all who knew and loved him.

He was preceded in death by his parents and infant brother, Clarerance Rochleau Jr.
To order memorial trees or send flowers to the family in memory of Steve E. Rochleau, please visit our flower store.