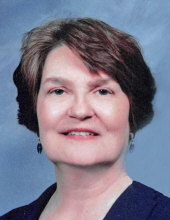 Funeral services will be held 11 A.M., Friday, August 10th at Britt Zion Church of the Nazarene with Rev. Chris Burrell officiating. Burial will be at Evergreen Cemetery in Britt.

Visitation will be held from 5 to 7 P.M., Thursday at the Cataldo Funeral Home 178 First Ave. S.W. in Britt and will resume one hour prior to services at the church.

Memorials may be directed to Britt Zion Church of the Nazarene Children’s Camp Ministries.

Susan Diane Lewerke, the daughter of Harold and Mildred (Foster) Loney, was born September 12, 1946 in Ames. She attended and graduated from Britt High School in 1964 and Olivet Nazarene University in Kankakee, IL. She continued her education at Northern Arizona University in Flagstaff, AZ where she received her master’s degree in education. On June 20, 1992 she was married to Jerry Lewerke in Prescott, AZ. They lived in Prescott until 1997 when they moved to Garner. Susan taught special education in schools in Arizona and later became a principal. When they moved to Iowa, Susan became the Superintendent of Woden-Crystal Lake-Titonka Community School which she continued until her retirement in 2008 due to ill health. She enjoyed reading and singing.

She was an active member of Britt Zion Church of the Nazarene where she sang in the choir and was a Sunday school teacher.

She was preceded in death by her parents; daughter, Andrea Hayungs; granddaughter, Sheena Hayungs; step-daughter, Marne Lewerke; and step-son, Mark Lewerke.
To order memorial trees or send flowers to the family in memory of Susan D. Lewerke, please visit our flower store.
Send a Sympathy Card