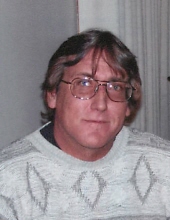 Memorial Services will be held 1:00 P.M. Saturday, June 18, 2016 at Cataldo Schott Funeral Chapel, 505 North Clark St. Forest City, with Father Jim Dubert of St James Catholic Church officiating. A gathering of friends and family will be held one hour prior to the service at the funeral home on Saturday. Military Honors will be performed by the Forest City American Legion.

Inurnment of cremains will be held in Brush Point Cemetery in Rural Fertile, Iowa.
Following the committal service, a picnic reception will be held at the Fertile Park.


Terry A. Elthon was born July 20, 1960 in Forest City, the son of Alan and Evelyn (Ziller) Elthon. He attended Forest City Schools, graduating in 1978. He entered into the United States Air Force in 1980 and was honorably discharged in 1990. Since his discharge he has worked for Winnebago Industries, Wellborn Industries, Phillips Laboratory and KEO Consultants. .

Some of Terry’s favorite hobbies were spending time with his family and friends, camping, skiing, photography, motorcycle rides along the Eastern shore and rescuing Greyhound dogs.

Terry is survived by his mother, Evelyn Elthon of Fertile, Iowa; siblings, Susan (Steve) Hansom of Sioux Falls, Jane (Charlie) Thomas of Littleton, CO, Nancy Palmsiano of Grayslake, IL, Joe (Carmen) Elthon of Tempe, AZ and Audrey (Mark)Charlson of Edmond, Oklahoma. In addition, he survived by his nephews and nieces, Nick (Kelly), Joshua, Chase, Colton, Kelsey, Hannah, Erik, Tyler, Oliver and Calvin. He is also survived by many other relatives.

He was preceded in death by his grandparents; father, Alan Elthon and brother, Andy Elthon.
To order memorial trees or send flowers to the family in memory of Terry A. Elthon, please visit our flower store.
Send a Sympathy Card