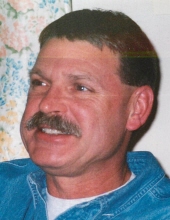 A celebration of Tom’s life will be held 2:00 P.M., Wednesday, December 23rd at Immanuel Lutheran Church in Forest City with Lay Minister Jim Mantle officiating. A gathering of friends and family will be held one hour prior to services at the church on Wednesday.

Per his wishes he was cremated and there will be no visitation. Inurnment of his cremains will take place at a later date.

Memorials may be directed to the Immanuel Lutheran Church.

Thomas Robert Harland was born May 23, 1947, in Minneapolis, MN. He graduated from St. Louis Park High School and the Dunwoody Institute, with emphasis in the sheet metal trade. He worked within his trade, installing heating/air conditioning systems. Tom enjoyed working with and talking with his customers.

While in the Army, Tom served in Vietnam; after returning to the U.S., he served with an honor guard team for those who lost their lives.

Tom thoroughly enjoyed spending time with his son David and David’s sister, Holly—especially on an Iowa acreage. The children and grandchildren brought many smiles to his face! Relocating from the metropolitan area to a small-town Iowa was a good choice for Tom. Snowmobiling was the best part of winter; during the summer, he watched his two acres of crops grow!

He was preceded in death by his parents, Robert and Ferne (Norling) Harland and sister, Dawn VandenBurg.
To order memorial trees or send flowers to the family in memory of Thomas Robert Harland, please visit our flower store.
Send a Sympathy Card