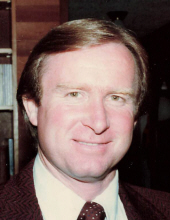 Walter “Wally” J. Elling, 78, of Garner passed away Monday, August 23, 2021 after a long battle with kidney failure. Just like he dealt with all experiences in life, he managed his illness with strength and grace, and wanted to spend as much time with his loved ones as possible.  On his final evening, he was surrounded by his family, who he adored more than anything else.  He was a firm Believer in the word of God and he is with his friends and family in heaven.

A private family graveside service will be held at Concord Township Cemetery in Garner. There will be no visitation.

Walter John Elling, the son of Cleo D. and Marguerite D. (Aller) Elling, was born July 1, 1943 in Dyersburg, Tennessee.  He graduated from Garner High School in 1961 and continued his education at Iowa State University in Ames.  On June 5, 1964 he married Kathryn Jean Cataldo at the United Presbyterian Church in Garner.  After graduating from Iowa State in 1965 the couple lived in Champagne, IL.  They later moved to Marshalltown, IA, Denver, CO, Medford, OR and Eugene, OR where Wally owned and operated an HVAC business, Home Comfort, with his sons, Jeff and David.  In 2005, he and Kathy retired and moved back to Garner to care for his mother.  In their retirement, Wally and Kathy worked as a team fixing up homes in the north Iowa area.  He enjoyed reading his bible, counseling, riding his quad on the sand dunes in Oregon, camping and hiking, sitting on his favorite bench in the back yard alongside his wife, Kathy.

He was preceded in death by his parents; and a sister-in-law, Diane Hrubes Elling.
To order memorial trees or send flowers to the family in memory of Walter "Wally" J. Elling, please visit our flower store.
Send a Sympathy Card