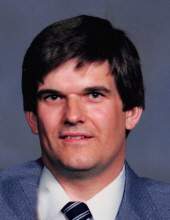 Funeral services will be held 1:30 P.M., Saturday, August 29th at the Cataldo Funeral Chapel in Garner with Tim Hartman, Elder for Mason City Congregation of Jehovah’s Witnesses officiating. Burial will be in Concord Township Cemetery.

Visitation will be held 5 to 7 P.M., Friday at the Cataldo Funeral Chapel and one hour prior to services.

Wayne Leslie Allen, the son of Frank and Virginia (Adams) Allen was born June 7, 1947 in Des Moines. He attended Polk City Schools until the 8th grade when he moved to Garner, graduating from high school in 1965. After graduation, Wayne enlisted in the United States Army serving at Fort Campbell, Kentucky until his honorable discharge in April of 1968. On March 19, 1977 Wayne was united in marriage to Jane Sabin in Algona. They made their home in Garner where they raised their son, Andrew. Wayne was employed at Winnebago industries for 41 years retiring in 2012. He enjoyed gardening and animals, especially his dog, Ivy and cats, Molly and Blackie.

He had attended meetings at the Kingdom Hall of Jehovah’s Witnesses.

Wayne is survived by his wife of 38 years, Jane Allen of Garner; son, Andrew Allen of Des Moines; brother, Walter (Terri) Allen of Dallas Center; and nieces and nephews.

He was preceded in death by his parents.
To send flowers to the family in memory of Wayne L. Allen, please visit our flower store.